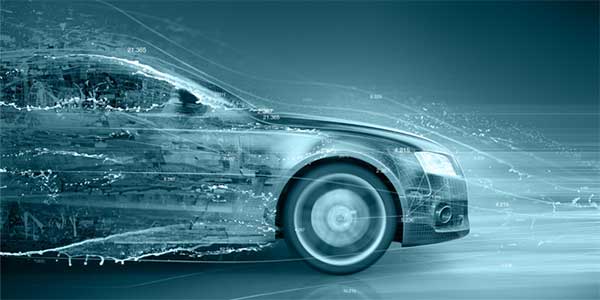 The report details how the approval of autonomous vehicles will unleash a market grab by existing and new ride-share companies, which will abandon internal combustion engines for A-EVs for purely cost reasons. 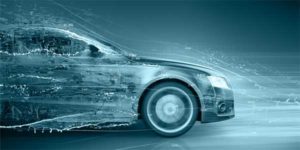 A historic revolution in transportation will end more than 100 years of individual vehicle ownership and reshape the world’s energy economy in the process, according to RethinkX’s new report, “Rethinking Transportation 2020-2030: The Disruption of Transportation and the Collapse of the ICE Vehicle and Oil Industries.”

Assuming existing technologies and using well-established cost curves provides a detailed analysis of data, market, consumer and regulatory dynamics. The report finds that within 10 years of the regulatory approval of driverless vehicles:

“We are on the cusp of one of the fastest, deepest, most consequential disruptions of transportation in history,” said report co-author Tony Seba, RethinkX co-founder, author of “Clean Disruption of Energy and Transportation” and instructor at Stanford Continuing Studies. “But there is nothing magical about it. This is driven by the economics.”

The report details how the approval of autonomous vehicles will unleash a market grab by existing and new ride-share companies, which will abandon internal combustion engines (ICE) for A-EVs for purely cost reasons. As a result:

“While these projections may seem radical because they differ from mainstream and incumbent industry projections, they are really quite conservative because they are based on assumptions that in some cases have already been bested by new technologies and plummeting prices,” said Bryan Hansel, CEO of Chanje Energy (formerly Nohm Technologies).

As demand for new vehicles plummets, 70 percent fewer passenger cars and trucks will be manufactured each year. This could result in total disruption of the car value chain, with car dealers, maintenance and insurance companies suffering almost complete destruction. Car manufacturers will have options to adapt, either as low-margin, high-volume assemblers of A-EVs, or by transitioning to becoming TaaS providers.

For the oil industry, the widespread shift away from individual gas-powered vehicles and toward electric, shared autonomous vehicles will be catastrophic. Global oil demand will peak at 100 million barrels per day by 2020, dropping to 70 million barrels per day by 2030. This will impact different companies and countries disproportionately, depending on their exposure to high-cost oil.

Many transportation experts project a gradual move toward electric vehicles, the advent of driverless cars and trucks and the growth of shared transportation. But the authors of the report put these three trends together and foresee a much faster and more profound change.

“Mainstream analyses fail to account for the impacts of technology convergence, and a new business model born in response,” said James Arbib, technology investor and co-author of the report. “This results in far greater cost differential between individual ownership and Transportation as a Service, leading to far faster and more extensive adoption as people choose cheaper, better transportation provided as a service.”

The impacts of the transition to TaaS are far reaching:

“As with any market disruption, there will be winners as well as losers. Job losses in the driving, manufacturing and oil and gas sectors will be a key concern,” said Arbib. “But huge opportunities will open up as well ­– from broad economic growth stimulated by consumer saving and spending, to more focused growth in vehicle operating systems, computing platforms and TaaS fleet providers. Travelers will have more time available since they will not be driving, and that opens a wide array of business opportunities, such as cafes on wheels, mobile entertainment or workspaces. The ability to monetize TaaS platforms as companies have monetized the internet platform opens the road to free transportation in some areas.”

Policymakers will face several critical junctures where their decisions will either help accelerate or impede the transition to TaaS. The first and the most crucial decision is when to remove barriers to autonomous vehicles (AVs). One indicator that American policymakers are inclined to move forward quickly is the rare bipartisan legislation to approve AVs, introduced by Senators John Thune (R-ND) and Gary Peters (D-MI). At the state level, California has approved 30 companies to test their self-driving cars on public roads, and has proposed rules to allow fully (level 5) autonomous vehicles as soon as 2017.

95 Percent Of U.S. Car Miles Could Be Traveled In Self-Driving, Electric Or Shared Vehicles By 2030, RethinkX Report Says