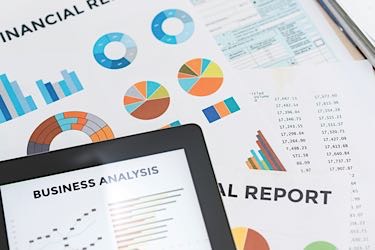 There are many factors at play when determining the right time to sell your business. Each business and each owner is unique. The timing of a business sale is critical because putting a business on the block at the wrong time can result in a significantly lower selling price.

Leveraging more than 30 years of experience as both an aftermarket business owner and aftermarket technology executive, Art Blumenthal LLC provides business intermediary and advisory services to both buyers and sellers of industry businesses of all sizes. Art is a member of IBBA (International Business Brokers Association, Inc.). For more information, or to initiate a no-obligation confidential consultation, visit www.art-blumenthal.com.

There are many factors at play when determining the right time to sell your business. Each business and each owner is unique. The timing of a business sale is critical because putting a business on the block at the wrong time can result in a significantly lower selling price.

Creating a successful auto service business takes years of long hours to develop a loyal customer base while still maintaining a focus on serving those customers to the best of your ability. A business with a positive sales trend demonstrates the potential for further growth. Buyers will therefore offer a higher price for a business that is showing year-over-year sales increases as opposed to one with declining revenues. No one who has spent years building up his or her own business, with all the sacrifices involved, wants to see their business sold for less than the true potential value.

When Bill Paine, former owner of The Toy Shop (an independent shop in northern California specializing in Japanese vehicles), was interviewed for this article, he was relaxing in retirement over 500 miles away in the Palm Springs area. Since selling his business, he and his wife Linda have become full-time RV enthusiasts with a vacation lot in an RV resort there where they spend most of their time.

Bill acquired The Toy Shop 24 years ago when it was a five-year-old business. He said, “My background had included 18 years of working for a Honda dealership in Los Angeles until it was sold. I then moved to a Toyota dealership in northern California, but that job lasted for only about six months because I was less than enthused about the management style there. I had found out that The Toy Shop, located only about a mile and a half from my home, was for sale.

“Although I had been unsure of my future career plans up to that point, I decided to jump on the opportunity,” Paine continued. “It seemed like the perfect niche for me considering my experience with Japanese vehicles. The business had a good reputation in the area and I was eager to build on that legacy. It had been a Toyota-specific shop and I was able to bring my many years of Honda experience to the table. So for 24 years we specialized in servicing Honda and Toyota vehicles.”

Seller Bill Paine and his wife Linda enjoying all the freedoms that retirement has to offer.

Bill enjoyed great success with the business. He continued, “My philosophy has always been to take good care of customers. I believe that if you can make that the uppermost priority and execute it well, you will be rewarded in kind. That doesn’t necessarily mean that there is financial gain from every transaction or interaction with every customer, but it does mean that if a customer is treated well, he or she may very well spread the word to friends and relatives and neighbors who may, in turn, also become customers.”

The local newspaper runs an annual “The Best of El Dorado County” survey. Not only did The Toy Shop often win “The Best Auto Repair” category, but it also won “The Most Trusted Company” award one year, an outstanding achievement for the auto care industry.

“Could I have become richer over the years if I had concentrated more on financials and spreadsheets? Maybe. Probably. I don’t care. It was taking good care of my customers — that appealed to me about the business. When George Andersen, a service manager at the local Toyota dealership, bought the business from me, he was really buying all that goodwill.”

Bill’s daughter Jenna was the shop’s general manager for most of the duration of his ownership. She had initially been slated as a temporary fill-in for a couple of weeks when Bill first became the owner, but after more than 20 years, she was still there and running the place. When he decided it was time to sell and retire, she chose to pursue a different career.

The Decision to Sell

Bill’s final decision in April 2015 to sell his business and retire was based upon several factors. He said, “Financial and psychological ties to the business prevented me from fully enjoying myself outside the realm of the business while I was still in good health. It was time to go do something else. I had previously talked with an aftermarket business sale expert about it, but then put it on hold for awhile until I was absolutely certain. His specialized knowledge of automotive-specific businesses came to my attention about a year before that when I had read an article he had written. I tucked the article away in my briefcase as a reference and carried it around without ever discussing it with anyone in my family. I had thought at the time that involving a nationwide specialist who was well-versed in how a shop operates would be a superior choice to someone who deals in general local commercial real estate. I can now say that was the correct decision and I am extremely glad I chose an industry professional to provide national marketing assistance to the California-based business listing broker, Empire Business Solutions.”

The right time to sell a business is a judgement that requires a strategic look at the growth cycle and financial performance of the business. Businesses have growth spurts at different times, and owners should try to sell when they have benefited from an upturn.

“My industry business sale expert had excellent marketing expertise and knowledge of import auto repair shops,” Paine said. “He was very professional and created a comprehensive Confidential Business Review for prospective buyers which really served as a magnificent sales brochure. It not only included everything a buyer would need to know specifically about my business, but also facts and demographics about the industry in general and the business environment in the area.”

The better financial performance an owner can demonstrate, the higher the value they can receive upon exit. This was proven in the case of the sale of The Toy Shop.

Bill explained, “When I first asked for help in early 2015, we used the sales figures from 2012 through 2014, which had been on a slight decline, to set a sales price. But as 2015 progressed, the sales and cash flow figures rebounded strongly, which allowed us to adjust the asking price to reflect the true value of the business. I know that some business owners might be tempted to sell during a sales decline, but, for me, the perfect time to sell was when profits were on the upswing.

“The consultation with an industry business sale expert was very helpful in navigating through the trials and tribulations of bank financing and the documentation and procedures of the SBA-guaranteed loan program,” Paine said. “The marketing efforts generated several interested prospects, but then George Andersen found out that I was selling, and he and I hit it off right away. I felt he would be a great candidate for taking care of The Toy Shop’s customers and employees into the future. Although I began the process without any experience in the steps of selling a business, it really turned out to be a pretty easy deal thanks to the coaching assistance that both the buyer and I received.”

Advertisement
In this article:buying and selling, valuation

Increase Your Shop's Financial Performance To Boost Its Market Value

Managing Cash Flow
Connect with us

News: DRIVE Is Now Delivering Virtual Workshops To All Clients

News: The Network Partners With Sachs For Training Webinar