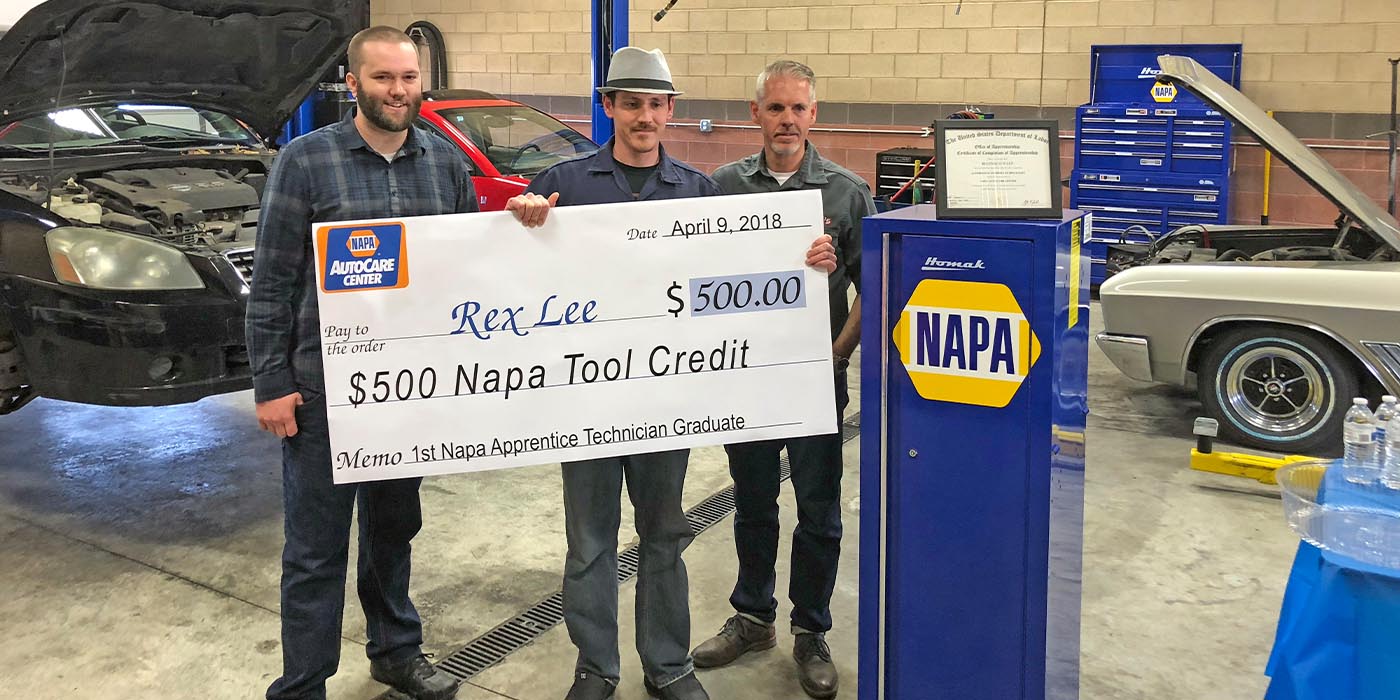 With some corporate experience under his belt, Pete McNeil felt he might be able to help get the business back on its feet.

2020 NAPA AutoCare Center of the Year

Pete McNeil never planned on getting into the family business. His dad, Mike, owned McNeil’s Auto Care in Sandy, Utah, but he urged McNeil to pursue a career path other than automotive repair. So McNeil earned a bachelor’s degree in parks, recreation and leisure facilities management from the University of Utah, and went on to work for Sysco, Unilever and Heinz (now Kraft-Heinz).

That all changed in the early 2000s, when his dad discovered that a trusted employee was embezzling funds from the repair shop. It was a devastating blow for his father, who’d poured his heart and soul – not to mention his life savings – into building the business to provide a good life for his family. Like any good son, McNeil couldn’t bear the thought of seeing everything his dad had worked for crumble underneath him. With some corporate experience under his belt, McNeil felt he might be able to help get the business back on its feet.

“At the time I was 31, and I’d had some success working for some large companies, so I figured if it doesn’t work out, I’m young enough that I could still go in a different direction,” McNeil recalls.

McNeil grew up around cars. Even before opening McNeil’s Auto Care in 1983, his dad was an accomplished Eurocar technician – specializing in Volkswagens – and McNeil remembers helping him bleed brakes and clean out engine tins in the garage at home when he was a kid. But when he stepped in to help run McNeil’s Auto Care in 2001, his professional experience to that point had been in the golf and food-service industries. So McNeil came in with a fresh perspective, and quickly began applying everything he’d learned about profit margins, inventory turns, performance indicators and other business concepts.

Unfortunately, that didn’t sit well with some of the shop’s employees, and “we had a quick and immediate turnover with the business,” he recalls.

“It was a very turbulent couple of years,” McNeil adds.

Still, there was cause for optimism. In his first year running the business, revenue increased by $150,000. The following year, revenue jumped another $300,000.

A key turning point was the hiring of Troy Christensen. In the conventional wisdom of the auto repair world, shops typically hire a service advisor who is a retired technician or, at the very least, already an experienced service advisor. But McNeil went against the grain and decided to hire Christensen – who had an automotive background but no prior experience as a service advisor.

“I brought in a gentleman [Christensen] who was a sales-minded individual with great people skills,” McNeil explains. “And that’s kind of what changed the whole dynamic of the operation. With Troy, we had a better communication liaison to help the customers and build some long-term relations, and business kind of went through the roof at that point.”

Hiring Christensen provided a template for future hires – and set the tone for how the shop’s employees interact with customers.

“I realized that the recipe was hire good people first,” McNeil says. “You can teach them automotive acumen afterward. But you have to have good individuals to represent the company. And that was maybe the transformation of our identity, and what separated us from a lot of other businesses.”

Another turning point was the decision to join the NAPA AutoCare program in 2003. While McNeil’s already had a strong reputation in its local market, flying the NAPA flag provides extra peace of mind to customers “who want to know where that support level is coming from,” McNeil says.

“Consumers are looking for someone credible and trustworthy to take care of their automotive maintenance and repair needs,” he adds. “The NAPA AutoCare Center brand carries a lot of weight, and I felt it would help further our brand strength.”

McNeil assumed complete ownership of McNeil’s Auto Care in 2012, adding a second location – in nearby Riverton, Utah – in May 2019. Today, the business has 55 employees, which includes 27 employees in its towing service. Although his dad is retired now, he still is one of the most renowned Volkswagen specialists in the state, and he maintains a presence at the shop – much to the delight of the customers.

“He has two work bays, and customers come in all the time to take a look because he usually has a couple of old, authentic Volkswagens that he’s working on,” McNeil says of his dad. “ … He may be as excited about Volkswagens as he was 40, 50 years ago.”

Earlier this year, NAPA honored McNeil’s Auto Care as its 2020 NAPA Auto Care Center of the Year, the latest in a string of accolades. In 2019, NAPA and Automotive Service Excellence (ASE) honored lead technician Jake Sorensen as the 2019 NAPA/ASE Technician of the Year.

Sadly, Christensen passed away unexpectedly in June, at the age of 45. The 6-foot-6 Christensen was “a gentle giant” and a tireless advocate for the McNeil’s brand, and McNeil emphasizes that he was a big reason “that we are at the point where we are now.”

“He never let anything fall through the cracks. Customers never had to question where their car was in the process flow. He was very consistent, and very good about maintaining accountability. He was a good man. He’s going to be missed.”

Christensen’s legacy lives on at McNeil’s Auto Care. In his 12 years with the business, he trained several employees, so there’s a pipeline of people “who learned the right way to treat customers and communicate with technicians.”

“It’s very difficult to move forward without key people who share that vision,” McNeil says. “And he shared that vision. As hard as it is to move on without him, he did it the right way with the people who wanted to carry the torch.”

Cultivating the Next Generation

While business has been growing steadily, McNeil’s Auto Care hasn’t been immune to the challenges presented by the industrywide technician shortage. A few years ago, the situation came to a head. Although the shop had a core group of strong technicians, it also was struggling with a steady churn of young technicians who either had unrealistic expectations about the job or were unwilling to invest the time to learn and grow professionally. Even the trade-school graduates weren’t panning out – they often came in with a mountain of debt and not enough tools to support their trade.

Around the same time that McNeil was contemplating launching an apprenticeship program, an administrator with Entrada High – an adult-education school in Sandy – called McNeil to gauge his interest in helping the school develop a program that would cultivate interest in the automotive repair profession. That phone call turned out to be providential. With the help of this administrator, McNeil was able to create a nationally accredited technician program that enables apprentices to earn a paycheck and earn their ASE certifications at the same time. “I know beyond a shadow of a doubt that it sped up the process that maybe would have taken three to four years,” McNeil says. “We were able to develop the program in a year.”

The program addresses what McNeil sees as the biggest obstacles to cultivating the next generation of technicians. Rather than graduating with a mountain of debt, the students earn as they learn, and the shop rewards them with pay raises every 45 to 60 days as they progress through the program. The shop also provides each apprentice with a toolbox outfitted with enough tools that they don’t have to constantly borrow them from the technicians. When they graduate, the students get a shop credit to defray the cost of completing their tool collection.

“Because they’re making money along the way, they’re slowly buying some of the resources they need, and it’s not so daunting and intimidating like it is for a lot of these kids that don’t have the money to drop $15,000 into tools,” McNeil says.

By providing paid shop-floor experience, the program also is an opportunity to change hearts and minds about some of the biggest misconceptions regarding automotive repair – namely that it’s a dirty, low-paying and perhaps even a low-tech career.

For example, the shop has been performing digital vehicle inspections for four years – which is right in the sweet spot for today’s tech-savvy kids.

“These kids live on their phones and computers,” McNeil says. “So when you ask them to adapt to the new technology of scan tools and PicoScopes and diagnostic testing, that’s right up their alley.”

McNeil credits Sorensen, who developed the curriculum, for driving the program’s success. Apprentices shadow Sorensen on the job, and the results speak to the quality of the instruction. The first three graduates of the program still are with McNeil’s Auto Care. The first graduate, Rex Lee, came out of the program in 2018 and since then has achieved ASE Master Technician status. The second graduate has become one of the shop’s highest-producing technicians to date, and the third is the lead fleet technician for McNeil’s towing company, overseeing 29 trucks.

In 2018, McNeil’s Auto Care expanded its Sandy location to 16 bays to accommodate its partnership with local schools for continued growth of the program, which has served as the foundation for a national apprenticeship program that NAPA Auto Care launched in 2019.

Initially, there was some trepidation about taking Sorensen out of the normal production flow. But nearly five years into the program, “the ROI for the shop has been astounding,” asserts McNeil. 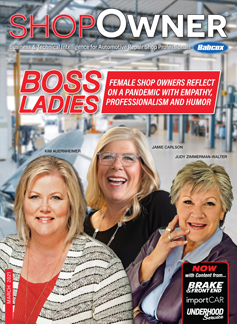 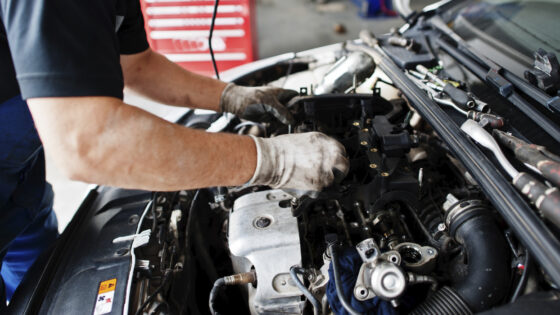 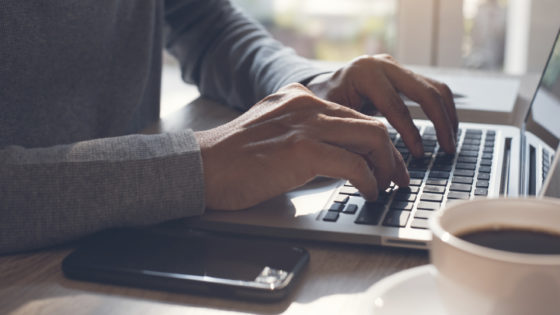 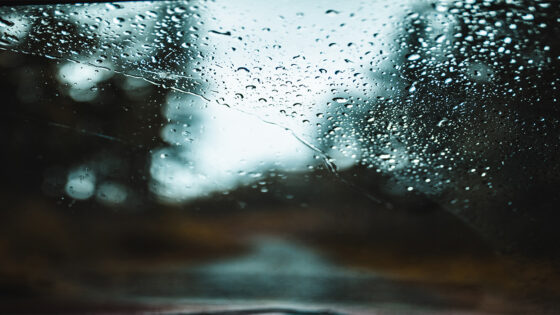 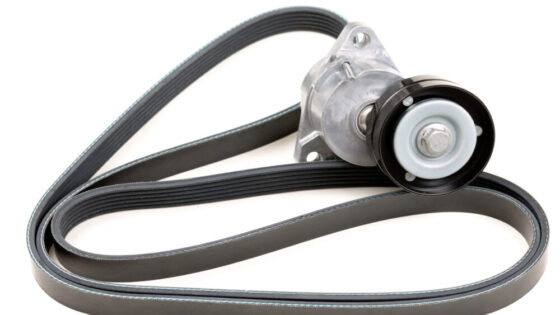