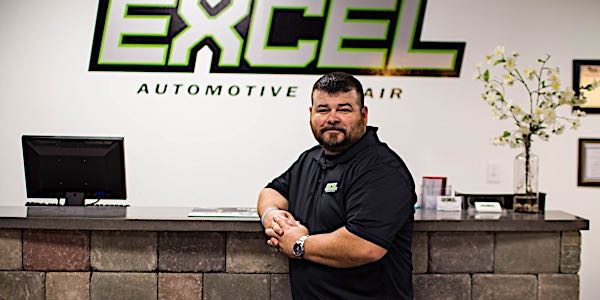 Like many shop owners, Minor Mobley grew up around cars. His father raced cars and owned several. Along with his brother and sister, Minor was underneath the hood changing the oil from a very young age. But when Minor finished serving in the U.S. Marine Corps, fixing cars and opening a shop were the furthest things from his mind.

Like many shop owners, Minor Mobley grew up around cars. His father raced cars and owned several. Along with his brother and sister, Minor was underneath the hood changing the oil from a very young age. But when Minor finished serving in the U.S. Marine Corps, fixing cars and opening a shop were the furthest things from his mind. 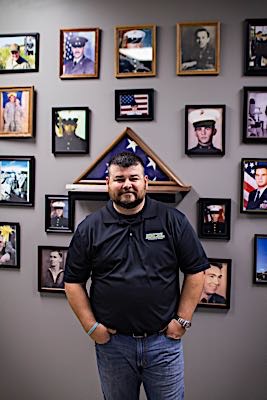 “When it was time to get out of the military, I didn’t want to have anything to do with cars,” Minor explains. “I wanted to go into law enforcement and become a cop. I worked for a maximum-security prison and was a correctional officer. Then I met my wife, we got married and she didn’t want me doing something that dangerous.”

That’s when Minor went back to the car business, working his way through the ranks at an auto dealership in a small town in Indiana. But when the economy took a turn for the worse in 2008, Minor lost his job. A difficult time ensued, with Minor pounding the pavement, turning in up to 30 resumes a day to find work. He finally caught a break when the owner of a company in Des Plaines, IL, took a chance on him.

“While the job search was discouraging, I didn’t give up,” Minor explains. “I picked up my family and moved to Illinois for a company that was willing to take a chance on a non-college-educated man. While with the company, I landed six of the largest accounts the company had ever had. But by that time, I wanted to do something auto related. After working for Firestone, I did my research and opened Excel Automotive Repair in November 2014 with my wife, Jennifer.” 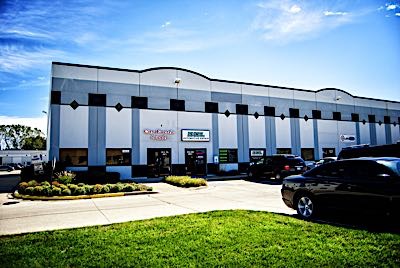 Since then, the shop, located in St. Charles, IL, has grown consistently, providing all types of repairs on all makes and models. The shop’s three ASE-certified technicians handle, Minor says, “anything under the hood and in-between the wheel wells.” What has set the shop apart, he says, is simple: Get to know your customers on a personal level. 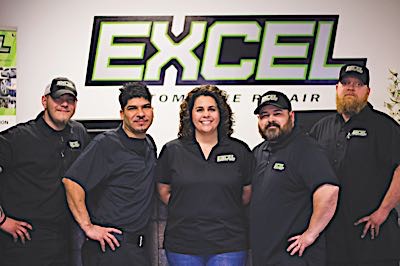 “Southern hospitality is huge in my family,” Minor says. “I was raised to open the door for my grandmother and my mother, and to say, ‘yes, sir’ and ‘yes, ma’am.’ So being kind and courteous to people is important. We want people to feel like they’re part of our family. We know who they are, who their kids are, and what their dog’s name is.

“It’s our job to remember where they went on vacation and to ask them how their trip went,” Minor continues. “It’s about being alert and listening to customers, getting to know them on a personal level. If a customer is sitting in the waiting area, I’ll take a seat next to them because I want them to know who we are and what we are about. If they need a ride, we take them. If they need a rental, we’ll take care of it. We try to go above and beyond.”

As a veteran, Minor is proud to employ those who have served, and he also honors other military veterans and active personnel with a Hero Wall in the waiting area of the shop.

“It just started off with pictures of myself, my brother-in-law and father-in-law,” he says. Customers come in and see the pictures and say, ‘My father (or another family member or friend) was in the military.’ So I tell them to bring in a picture. I would like to honor them on the wall. Before we knew it, we had started another wall. Eventually, I would like to see those pictures wrapped around my entire shop.” 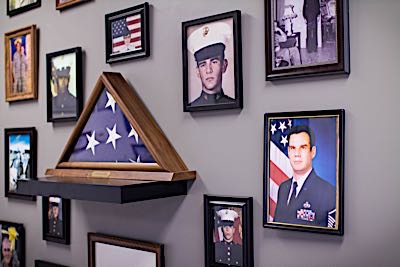 Minor says he and his wife also work with different types of veterans’ organizations around the area. “We help them with getting a car, to raising money for adaptive bikes, to organizing a benefit concert,” he says.

And just as they give back to the area’s veterans and active military personnel, they also like to give back to the community. Minor and Jennifer just recently put on a Car Show for Charity at Excel to raise money for a local non-for profit called Random Acts Matter. They also started a Christmas sponsorship program for local students during their first year of business.

“We asked our kids’ schools if there were any families that needed help over the holidays. While we bought bikes for the initial group of kids, we also worked with family, friends and vendors to help a total of 189 kids that year.”

Since then, the program has gained momentum each year, with 1,600 kids helped the second year, and more than 2,000 this past Christmas.

“We shut down the shop and 205 volunteers showed up for a wrapping party,” Minor says. “Local restaurants donated food, businesses donated wrapping paper and a local music group called the Spectators played Christmas carols. It was amazing and we were able to help a lot of children from around our area.”

While Excel Automotive Repair has been open just shy of three years, Minor says they have already added another 3,900 square feet to the shop, as well as tires. The shop also now has 10 bays, up from its original five. 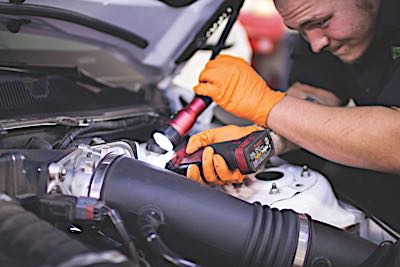 “We also cut down on the number of vendors we use for parts,” he says. “We leverage the amount of money we spend per month on parts to get the lowest possible cost through a couple of vendors.”

Minor says the shop is also working on going paperless, which benefits both customers and the shop.

“Our POS software is set for digital worksheets and invoices,” he explains. “We are finding that our clients like an emailed copy of their repair- or service-related correspondence better. The bonus is that now we have a nice email database for other marketing efforts.”

Those other marketing efforts include ads in local neighborhood magazines, as well sponsoring local community events. Social media and a strong web presence also play an important role in the success of the shop.

“We just had our website redone,” Minor says. “Everything on the site is blog based and optimized for Google algorithms. We spend less and rank high; I work hand-in-hand with my marketing team to track this. If you search for any auto repair or service, we will pop up number 1 or 2 in search for our area.”

Just as an attractive and user-friendly website is critical today, so is ensuring that the shop itself is welcoming for customers. 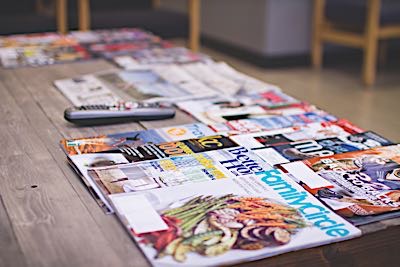 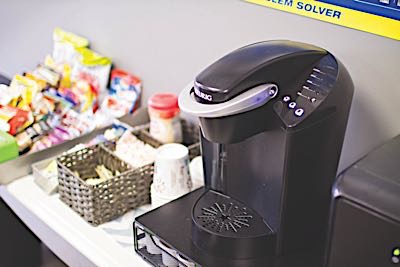 “We have a very clean, kid-friendly waiting area,” Minor says. “And when a large portion of your clients are female, having a clean environment with spotless bathrooms is a plus. We also offer high-speed internet and Wi-Fi, up-to-date magazines and a work station with connections for phones, laptops and other devices.” 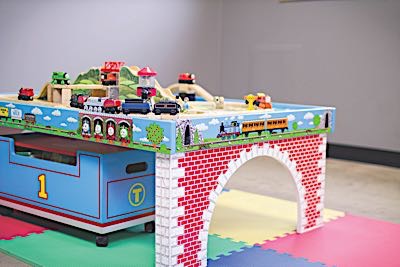 Providing such an environment adheres to Minor’s vision of wanting to be the best auto repair shop in the area — a pacesetter.

“I want people to look at what we’re doing social media wise, community wise and I want them to follow me. In five years, I want to have a bigger shop and at least seven to 10 employees. I want to make this the most positive and well respected automotive repair shop it can be, and I want people to want to come here. I want to be the one people trust, and trust is earned never given.”

What it comes down to, Minor says, is integrity.

“Do what you say, say what you do! Charge a fair price and stand behind your service. It really is that simple.”

Advertisement
In this article:Excel Automotive Repair

Excel Automotive Repair: Where Honesty, Integrity And Treating Customers Like Family Is A Daily Team Effort