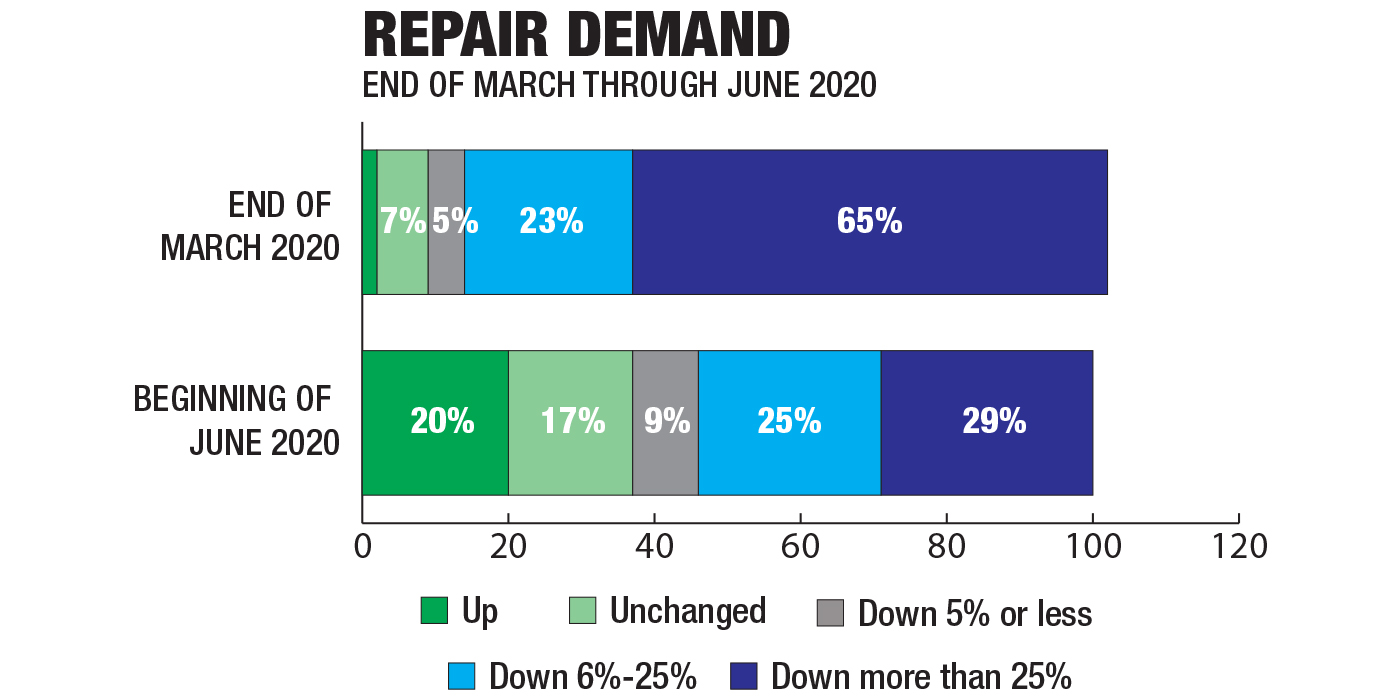 Babcox Media Research has tried to keep a close eye on the impact of the pandemic and economic shutdown on the auto aftermarket. In the “early days” of the pandemic, March 31 through April 2, we did a quick survey of 852 respondents in the auto repair, tire, collision and heavy-duty market to establish a baseline to measure the effects of the shutdown over time. We took a closer look at the collision industry in a survey from May 7 through 15 (see “COVID-19 by the Numbers,” June BodyShop Business, p. 38), and a look at the parts manufacturers and distribution network between May 20 and 28 (see “AMN Reader Survey,” June AMN Magazine, p16). As the economy started to open up, we went back and looked at the auto service sector in greater depth in a survey that ran from May 27 through June 14, when we contacted 447 respondents.

Now let’s take a look at the follow-up survey taken May 27 through June 14. We asked the same question, but got somewhat better results. Twenty percent of respondents are reporting that demand is up compared to end of March, and another 17% report it is unchanged. The percentage reporting demand is down more than 25% has shrunk from 65% to 29%. These answers may reflect the economic restart that was underway in May.

Shop owners also are becoming optimistic about the future. When we asked owners younger than 55 when they thought their business will get back to normal, 53% said it is already back to normal, and another 17% said it would be back to normal by summer (this article is being written in the last week of June, and in such a dynamic situation there could be changes by the time you are reading this. But this was the shop owner’s viewpoint in early June.).

What about the Supply Chain?

Auto repair facilities, as essential services, in general remained open during the pandemic. An important question was whether bottlenecks in the supply chain may prevent them from getting the parts they need to repair vehicles. We first asked about this in the survey taken at the end of March. Looking just at the respondents from auto repair facilities, 60% agreed with the statement “So far, we’ve been able to get what we need without extra e ort” and 32% agreed with the statement “It’s taken a little more effort to find parts/supplies, but we can get them.” Only 7% said “We are starting to see some shortages.”

The supply chain was growing a little tighter when we asked the same question in the auto service survey conducted between May 27 and June 14. The percentage who said they could get what they needed without extra e ort dropped from 60% to 45%, while 45% now said “It’s taken a little more effort to find parts/supplies, but we can get them.” Only 9% said they are starting to see some shortages, and only 1% said they are having lots of problems. You can see this tightening in Chart 2. Luckily, the growth is in the much less serious category, where they can get what they need with a little more e ort.

A Look at the economic indicators

A lot of attention has been paid to key economic indicators such as the unemployment rate as the pandemic and lockdown unfolded. The mainstream media covers those indicators quite well. Another indicator may get less attention yet be more crucial to the auto aftermarket – vehicle miles driven.

Monthly, the Federal Highway Administration monitors the amount of miles traveled in the US. They do this via more than 5,000 automated traffic counting locations nationwide that are administered by the states. Normally, the year-over-year changes show a slow upward growth rate in miles traveled, with

In March, as the lockdown began, vehicle miles traveled was down 18.7%, reflecting about half a month of lockdown. In April, as a result of a full month of lockdown, miles traveled was down 39.8% over April 2019. By May, as shelter in place protocols began to ease up, motorists were getting back on the road, and miles driven was down 25.2%, an improvement over the prior two months.

There are many ways that miles traveled impacts the auto aftermarket – tire replacement and service intervals are closely tied to miles driven. If cars are on the road less, there are going to be less collisions.  at makes vehicle miles traveled a key indicator that we will be watching closely as the rest of the year unfolds.

Sales: How To Post Strong Sales In A Weak Economy

The Power Of Marketing

Don't Take Yourself Out Of The EV Game Before It Begins 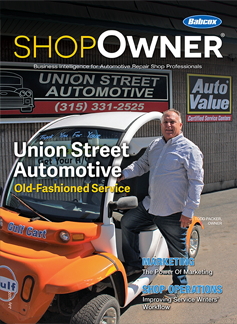 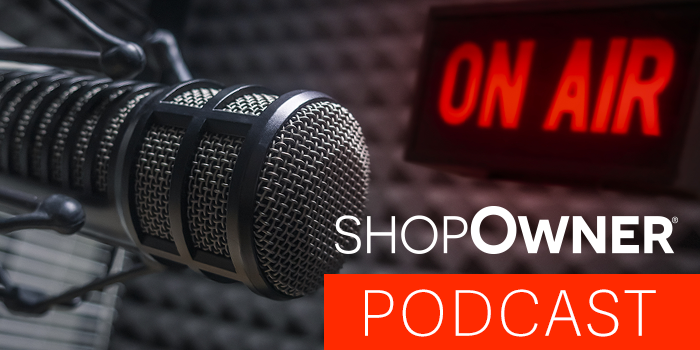