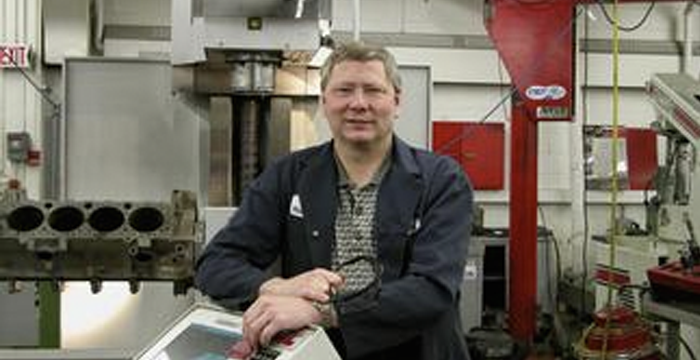 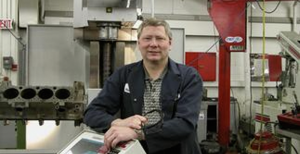 Nelson was selected based on his essay submission that detailed his passion, experience and career accomplishments as a custom engine rebuilder, shop owner and teacher. Nelson is currently an instructor at Northwest Technical College in the High Performance Machinist Program – the same program he graduated from 37 years ago.

Nelson’s interest in engines has brought him to many levels in his career, from working in and managing shops, including Genuine Parts Co. (NAPA) in Minneapolis, to owning his own shop in Wisconsin. However, as an instructor in the machinist program, he says he is most fulfilled, as he is able to teach the next generation of engine builders and machinists to better prepare them for a rewarding career in the industry. But, his involvement goes beyond the classroom.

As a board member of the Automotive Engine Rebuilders Association (AERA), and as a test writer for Automotive Service of Excellence (ASE) engine machine tests, Nelson surrounds himself with business owners and engine machinists in the industry; their knowledge and assistance has helped him bring the machinist program to what it is today.

“Teaching is what I love to do, but every position I’ve held in my career has prepared me for this role,” said Nelson. “Since I started teaching, we have introduced over $550,000 worth of new equipment into the program so my students have the best the industry has to offer. I’m so appreciative of the grants, donations and overall industry support received over the years that has helped make this program what it is today. I feel like I’ve never worked a day in my life.”

“Paul Nelson has exemplified the characteristics of a true ‘champion’ throughout his career,” said Jon Douglas, general manager, MAHLE Aftermarket Inc. “Not only has he advanced his own career in engine technology, but strives to better the education of those entering the field today. He not only instructs in the technical sense, but also gives his students the same passion, confidence and determination he possesses to prepare them for the future. We are pleased to present Paul with this award and wish him continued success.”

As MAHLE Aftermarket Champion Technician, Nelson will receive the grand-prize VIP trip to the 2015 NASCAR Sprint Cup Series Champion’s Week Dec. 2-5 in Las Vegas, including a three-night hotel stay and a special meet-and-greet with a NASCAR personality. The award also includes VIP viewing area at NASCAR Victory Lap and tickets to NASCAR After The Lap, NASCAR Sprint Cup Series Awards and the NMPA Myers Brothers Awards Luncheon, as well as a MAHLE Aftermarket VIP dinner.

BOLT ON TECHNOLOGY Debuts New Features
Connect with us