Attendees of the Global Automotive Aftermarket Symposium’s (GAAS) 2014 Connected conference were engaged in a range of high-level topics affecting the automotive aftermarket now and in the future.

William
Strauss, senior economist and economic adviser for the Federal Reserve
Bank of Chicago, provided a wide-ranging overview of the global economy.

Attendees of the Global Automotive
Aftermarket Symposium’s (GAAS) 2014 Connected conference were engaged in a
range of high-level topics affecting the automotive aftermarket now and in the
future.

Mike Buzzard, vice president of
marketing at Uni-Select USA, led a discussion on telematics that drew a great
deal of interest partially because of the uncertainty as well as possibilities
it brings.

At its most basic level, telematics
"is the car raising its hand and saying it needs something," said Jim
Dykstra, president, Aftermarket Telematics Technologies LLC and CEO, Dykstra’s
Auto Service. Selling the benefits of telematics to fleets is one thing,
Dykstra said. "The consumer side is different. There is no silver bullet
for this."

The important thing, Dykstra continued,
is for aftermarket companies to be ready at the customer’s point of need.
"Will your company be ready?" he asked.

Malcolm Sissmore, North America sales
director for telematics, diagnostic tools, service and training and country
director for Canada, Delphi Product & Service Solutions, said aftermarket
companies must position themselves to thrive because of telematics, not just
survive it. The area of predictive analytics, which includes the ability to
predict when parts will wear out or fail, Sissmore said, "is something the
aftermarket can do better than the OEs." The aftermarket needs to use OBD
data and convert it to use in our businesses, Sissmore said.

Buzzard reviewed Uni-Select’s SmartLink,
which is exclusive for use at Auto Plus. "It’s game-changing, futuristic,
a differentiator," he said. SmartLink is a first-ever aftermarket
opportunity to connect to their customer to bring just-in-time information for
driving assurance, Buzzard said. "The shop owner has to be able to
communicate the value of a connected car to the vehicle owner," he added.

William Strauss, senior economist and
economic adviser for the Federal Reserve Bank of Chicago, provided a
wide-ranging overview of the global economy. He told attendees the U.S. economy
will expand at a pace slightly above trend in 2014 and at a faster pace next
year.

Light vehicle sales gains will slow to
around 3 percent this year and next year, he said. And while the U.S. still
isn’t at full employment, the country’s workforce is still incredibly
efficient, he added. "The risks I see are outside the United States,"
Strauss said. "I don’t think China is, in fact growing at 7.5 percent …
China has very similar problems to the U.S., but even worse. Income disparity,
aging population — they’re gong to be looking at population falling." And,
Strauss said, "We still can’t take our eyes off Europe."

As the economy improves, there will be
more aftermarket deals in the future, said Hatherly, who added that aftermarket
companies are attractive because there is a lot of predictability inherent in
the industry. Industrial Opportunity Partners acquired Edelbrock. "It’s a
very exciting, fun business to be involved in," Gottlieb said.

Net proceeds from GAAS, which is in its
19th year, are invested in the organization’s scholarship fund to help students
get their automotive aftermarket careers started. During Tuesday’s sessions,
Pete Kornafel, chairman of GAAS scholarship committee, told attendees that
scholarships have been awarded to more than 1,700 students, representing $1.7
million in aid.

Uncategorized: The Secret To Price Advertising

GAAS Attendees Get 'Connected' In Chicago

The True Cost Of Comebacks
Connect with us 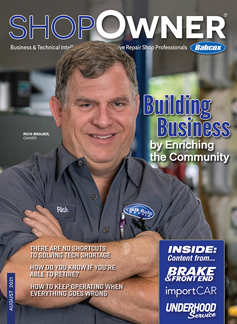 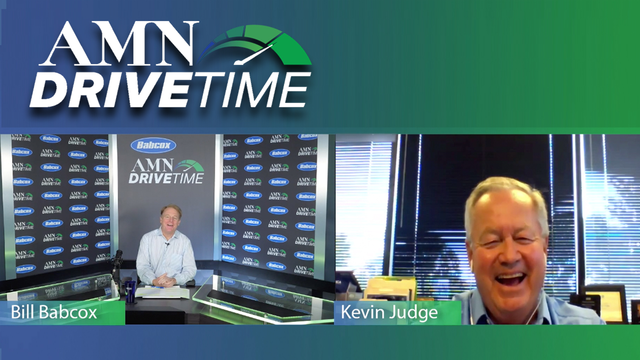