While some shop owners may rely on traditional forms of marketing – direct mail, print and on-line advertising, and word of mouth – to bring customers through the doors, John Francis Jr. says his marketing efforts are unique, but also quite successful. 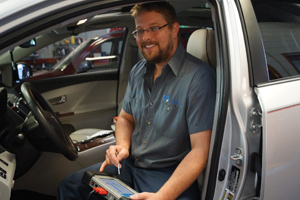 While some shop owners may rely on traditional forms of marketing — direct mail, print and on-line advertising, and word of mouth — to bring customers through the doors, John Francis Jr. says his marketing efforts are unique, but also quite successful.

“Most of the money we spend, I’d say 80%, is done with non-traditional marketing, getting ­involved with the community,” says the owner of Francis Automotive in West Chester, PA.

“We sponsor a Golf Ball Drop every year, where golf balls are dropped out of a helicopter, people buy chances and the closest ball to the hole wins $1,500. That prize comes from us, but it’s worthwhile because when you buy a chance, you get a voucher from Francis ­Automotive to get your car safety and emissions inspected, which is worth $85. We get a lot of customers that way.” 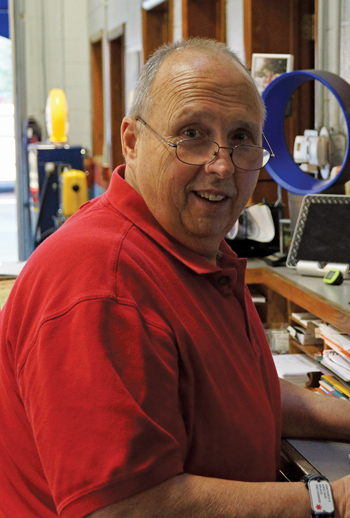 Building Your Brand
Francis, who runs the shop along with his son, John Francis III, has also sought to brand his business through another unique avenue: child safety. In addition to free child safety ID kits available at the shop, customers can also take advantage of free, state-approved car seat installation.

“We’ve been installing car seats for five years now,” ­Francis says. “My son went to school and had to do 32 hours of training, and he has to be ­recertified every year in the ­installation of car seats. He’s now on the board of the Southeastern Pennsylvania Pediatric Association, which was a big wheel behind the child seat initiatives.

“People will go to a child birthing class at the local hospital, and they’re told that they can’t leave the hospital unless the child car seat has been certified. Then the parents ask how they do that, and the National Safety website has a list of certified shops — we’re on that list.”

Francis says they install three to five seats week — more than 500 total since starting the program five years ago. Francis ­Automotive is also the only ­certified shop within 200 miles, and when you consider that each successive level of car seat has to be certified as well, it’s easy to see how a repeat customer ­relationship can result. 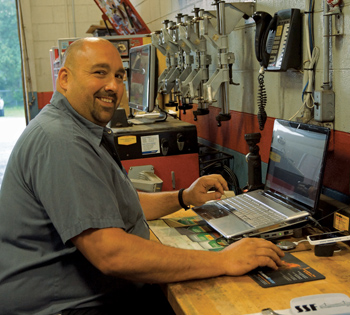 “It’s kind of our brand, because they talk about branding your shop with something other than fixing cars,” he says, adding that they also attend other community events that are centered on child safety put on by the local YMCA and the schools. “That brings us way more customers than does advertising in the papers.”

Francis opened his own shop in 1979 after working for a car dealership from the age of 18 into his early 30s. In 1983, he built a facility eight miles down the road, where the shop is still located today, and now employs two techs and a service manager. And despite its age, the shop still looks as great as the day it opened.

“That’s our standout,” he says. “It’s a building that was built 30 years ago, but we keep it very clean. There are tile floors, a TV and a coffee machine in the waiting area, windows into our shop, and our floors are mopped every day. Customers comment on that all the time.” 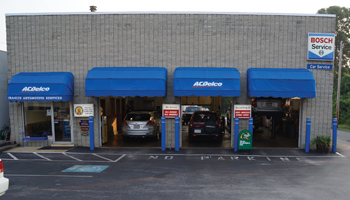 Taking Care of Your Employees and Your Customers
Francis invests in training for his ­employees throughout the year, with everyone attending Tech Train each March, an event put on by the ­Alliance of Automotive Service Providers (AASP). Francis and his son also alternate in attending national events such as CARS, and both have their Accredited Automotive Manager degrees.

“I’ve had a business coach through Service Writers for about six years now,” he adds. “I had my service manager go through its Mastery ­Program because it’s so important today to talk to people the correct way, answer the phone the correct way and give outstanding customer service.” 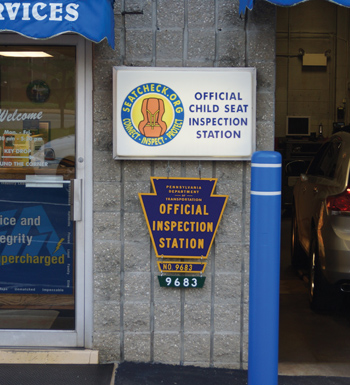 It’s that kind of investment that helps employees feel appreciated, Francis says. “If you take care of people and if you treat them like they’re the most important part of the business, they’ll stay with you. Money is not the number one draw. People don’t change jobs for money; they want to be appreciated.”

While techs at Francis Automotive work on all makes and models, including diesels when they were prevalent with GM vehicles, the majority of vehicles serviced at the shop are imports. Relationships with body shops in the area have proven to be fruitful as well.

“We do a lot of late-model troubleshooting for body shops,” Francis adds. “That’s been really good for us. Whether it’s a 2012 Mercedes-Benz or another model, we have the scanners that turn off the lights, and we can do the wheel alignment. It takes a little investment to keep your software up to date, but the car we’re working on may have four or five different system lights that need to be reset.” 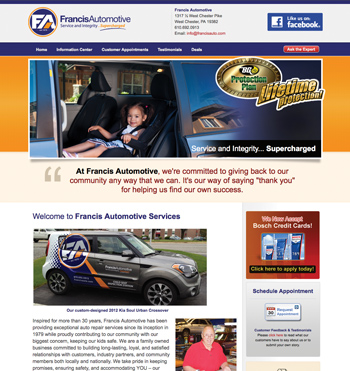 Web Presence
Francis also caters to a customer base that is becoming more and more mobile. The Francis Automotive website was recently updated with new copy and photos, and there’s also a mobile website that will automatically come up for smartphone users. Customers can also make appointments on the website via DemandForce, a program that also ensures timely follow-up communication.

“That evening after you pick up your car,” Francis says, “you’ll have an e-mail thanking you and asking you to rate our service. We have at least 100 Google comments, and that positive feedback is very important.”

As a part of the Bosch Service network, the shop also offers customers six months same as cash when they are approved for a Bosch credit card, something that also helps bring customers in the door. Knowing key business indicators, such as how many new customers are coming in, and how many repairs are being completed, is critical to running a successful shop today, Francis says. 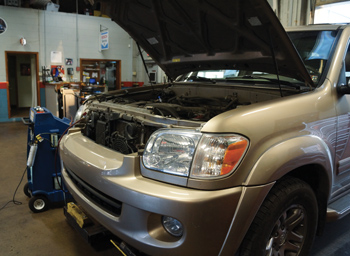 By The Numbers
“I keep track of numbers, very closely, very carefully and every day,” he says. “I have at least 12 key indicators that I look at every day. And if something’s off from yesterday, I have to find out why. We have certain benchmarks we have to hit to be able to keep the doors open. There are so many guys who are in trouble, and it’s because they don’t know the numbers. They just know what’s in the checkbook.”

Francis also relies on a business coach to keep his business on track, having recently completed his marketing plans for 2013 as dictated by that coach.

Automotive repair shop owners, Francis concludes, can’t run their business like they did 20 or 30 years ago and expect to stay successful.

“I get phone calls from friends who say they’re slow, and they ask how I’m doing,” he says. “You have to stay proactive in your marketing, and you have to rethink it almost on a daily basis.”