For those who fix cars daily and are responsible for keeping America rolling, it’s disheartening to learn that not everyone has such an allegiance. A recent Consumer Reports poll may have you shaking your head, or, better yet, nodding in agreement on the amount of unperformed maintenance that’s there for the taking. 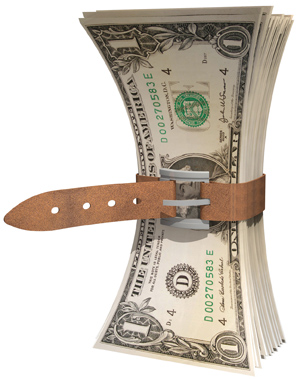 For those who fix cars daily and are responsible for keeping America rolling, it’s disheartening to learn that not everyone has such an allegiance. A recent Consumer Reports poll may have you shaking your head, or, better yet, nodding in agreement on the amount of unperformed maintenance that’s there for the taking.

According to the aforementioned poll, 40% of respondents who are involved in repair decisions stated they are postponing car maintenance or repairs on their primary vehicle.

Forty-four percent of those who deferred work in the past year also admitted they felt the value, safety or reliability of the vehicle would suffer, with some saying the car was becoming an embarrassment.

Compounding the issue is the fact that drivers are holding onto their “already aging” vehicles longer (the average age of vehicles on the road today is nine years old). Many of the respondents bought their cars used, and have owned them for five years, with the intent to hold on to that vehicle for another five.

“The family car is the second largest purchase a consumer can make. It’s also often one of the most abused,” said Jeff Bartlett, deputy online automotive editor, Consumer Reports. “We expect our car to work even in the harshest conditions. So protecting that investment should be a priority, especially when it becomes a safety issue.”

According to the Consumer Reports’ poll, the types of non-warranty work most commonly postponed were led by minor manufacturer-recommended scheduled service (22%); wear items (17%); and body or other exterior damage (15%).

Amidst all this vehicle neglect, there is a silver lining. The report found that 83% of those involved in repair decisions said they were confident they would get the right maintenance and repair work done for the right price. And, even more good news — more than 50% said they completely trust their technician. According to the survey, independent repair shops were used more often (37%) than dealers (30%) or repair chains (11%).

So, what can you do to capitalize on this consumer mindset?

If they have the confidence and trust in independent repair shops to get the work done, you just need to get them into your shop. Convince them that making repairs now will head off larger repair tickets down the road. Edu-cate them on the link between properly running systems and vehicle performance, safety and longevity. And, lastly, let them know that it’s your job to have their best interests in mind — a job you know how to do very well.

The Secret To Price Advertising

Phone Shoppers Made Easy
Connect with us